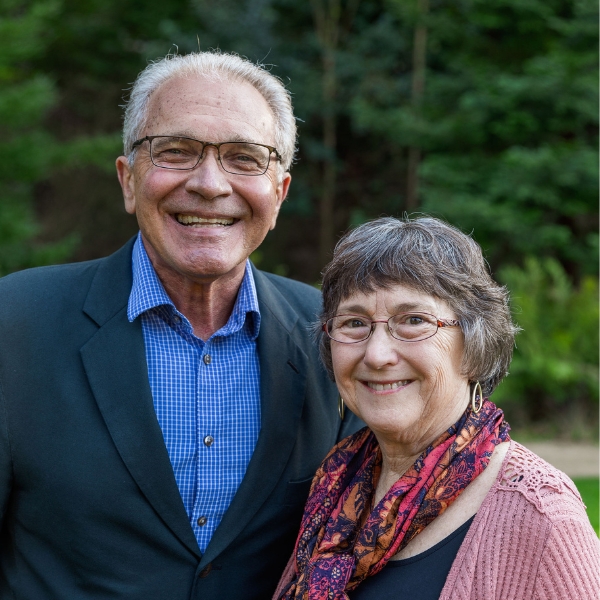 Dan and his wife Linda are committed to training up and encouraging Christian leaders, both at home in the U.S. and abroad. At home they are training up leaders through teaching at Shasta Bible College & Graduate School and weekly in churches in Redding, CA. They are also available for youth ministry at camps or campouts. Overseas, they have been invited to train indigenous pastors in India, Nepal, Zambia and Kenya.
Dan came to know Jesus as his savior when he was eight years old. His father died suddenly when Dan was fifteen and it caused him to take his faith seriously. He felt called at age sixteen and started training for full time ministry. Dan met his wife, Linda, at Southeastern Bible College. They have been married for almost 49 years with two grown children and six grandchildren. Dan completed his education with a ThM from Dallas Seminary and a DMin from Western (Portland) Seminary.
Dan spent close to 40 years in pastoral work in Northern California and Northern Colorado. During that time he went on many short term trips and served on the board of missions organizations. His heart has always been close to foreign missions. When Dan changed ministries, he transitioned into both teaching and traveling with indigenous organizations that wanted help in training leaders.
Currently, Dan is serving as the Dean of the Graduate School at Shasta Bible College and teaches each semester. Linda is the Financial Aid Director and is Dan’s teaching assistant. They accept as many opportunities to speak here in the U.S. as they can. They also have partnerships and invitations from several ministries in other countries. Dan and Linda try to travel three to four times a year to train leaders.

Support the ongoing work of Dr. Dan Iles with a 1-time or ongoing gift.

Mark Dr. Dan Iles in the Memo Line
b