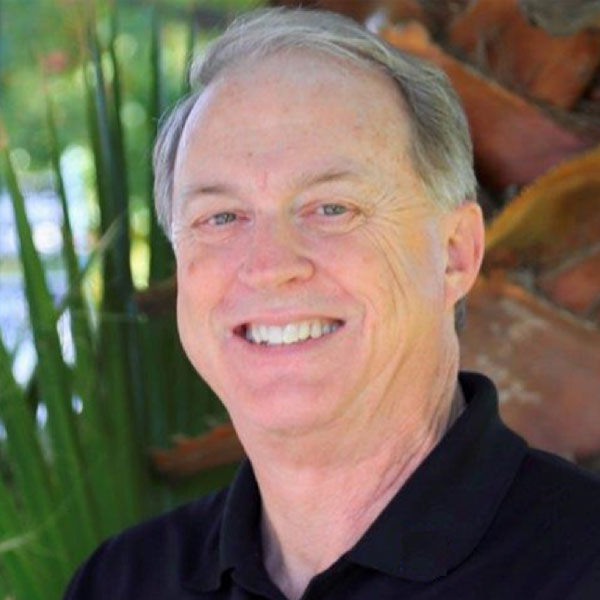 Darin Alvord and his wife Linda are missionaries associated with JARON Ministries International. After Darin’s retirement in 2019, they both accepted a short term mission assignment with Trans World Radio in Guam. Darin served as transmitter engineer during the furlough absence of the Chief Engineer. During that time, they learned of the great ministry opportunity that has now become Global Radio Ministries.
Darin’s Story
I had never thought that God would call me to be a missionary. I have served on church boards, taught adults and children, served with a worship team, been a sound board operator and even filled in the pulpit. My work always seemed to be my vocational focus. Linda and I raised three children who are following the Lord, and those with children are doing the same. However, I knew that God had been trying to get my attention for the past few years. I was working hard to develop products for the business-to-business firm for which I served as Chief Engineer.
In 2019, while participating in a ministry class, there was a requirement that each of us write out a plan for what we would do with the rest of our lives. It took very little prayer time for the Lord to make it clear that I was going nowhere and doing almost nothing of value. My work in the company was over – it was time to leave and listen to His calling.
In seeking what I might do, I first looked into “Voice Of America”, the shortwave broadcasting arm of the US Agency for Global Media. Those huge towers west of Delano, CA, visible from Highway 99, had long caught my attention. Right image, wrong agency.
Research showed me that the US Government had shut down those big transmitters ten years earlier, thinking that the Internet had supplanted the shortwave technology.
With that image of mighty towers and huge broadcast reach still in mind, further research immediately revealed Trans World Radio. In searching their website, there popped up a solitary window with this plea:
“URGENT NEED – TRANSMITTER ENGINEER – KTWR GUAM”
That was a clear direction. I consulted Linda, who also agreed that it sounded like a call. She was also immediately willing to consider going to Guam. Wow! We completed an application and had an online interview. Within a very few days from committing to look for something new, we committed to going to Guam for a 3-month mission, serving as volunteer missionaries with Trans World Radio.
During our initial stay from 1 October 2019 – 7 January 2020, God revealed to us an amazing ministry. KTWR, the shortwave transmitter station there on Guam, transmits signals that reach over three billion people in Asia! Programs go out nightly. (Night time is the best time of the day for shortwave to broadcast and the best time to reach people who live in oppressed, dark societies, which make up the bulk of the Asian population.) A rare opportunity now exists that came to light during that 3+ month stay: To develop and promote the use of Digital Radio Mondiale (DRM). DRM is an incredible technology that opens huge ministry opportunities and is perfectly suited to the countries of Asia.
Show Less
When Linda and I returned from that first short-term mission, we already knew that the missionary engineer who was to replace me had a health issue, delaying his travel to Guam. Later, we learned his health had ended his missionary career. With Linda’s blessing, I returned to Guam to fill the need that persisted through the end of March as an engineer for KTWR. During my second stay in Guam, the KTWR team perfected DRM broadcasts, proving the capabilities of the technology and that the bigger transmitters at the station could broadcast the full spectrum of those capabilities to all of Asia.
I believe that God has given me a vision and resources to produce program content for broadcasts over KTWR, using the rich teaching content of Dr. Jim Cecy’s sermon series covering the Book of John, the Epistle to Titus and the Book of James, referred to as Project Air JARON. Therefore, I have begun Global Radio Ministries (GRM). GRM is designed to take these excellent English recordings and translate them into other Asian languages to be broadcast into the Koreas, Japan, Vietnam, China, Indonesia and any other area and language to which God opens the door.
While I have been asked to be Project Manager for the Tower Restoration Project for the big steel towers at KTWR, I have also committed to seeing the Kingdom increased through DRM broadcasts of quality teaching in multiple languages sent out through KTWR, Guam.

“He has shown you, O mortal, what is good. And what does the Lord require of you? To act justly and to love mercy and to walk humbly with your God.”
~ Micah 6:8

Please pray we would find skilled translators and readers for Project Air JARON to record Korean, Japanese, Mandarin, Cantonese, Vietnamese and Indonesian versions of the books of John, James and Titus. Please also pray for the pandemic to ease, particularly in Guam, so we can return and manage projects there. Pray for righteous men of God to rise up and preach the Gospel as the antidote to our nation’s current troubles and for hearts to give to the ministry of Global Radio Minitries’ projects so programs will air into Asia.

Support the ongoing work of Darin Alvord with a 1-time or ongoing gift.

Mark Darin Alvord in the Memo Line
b