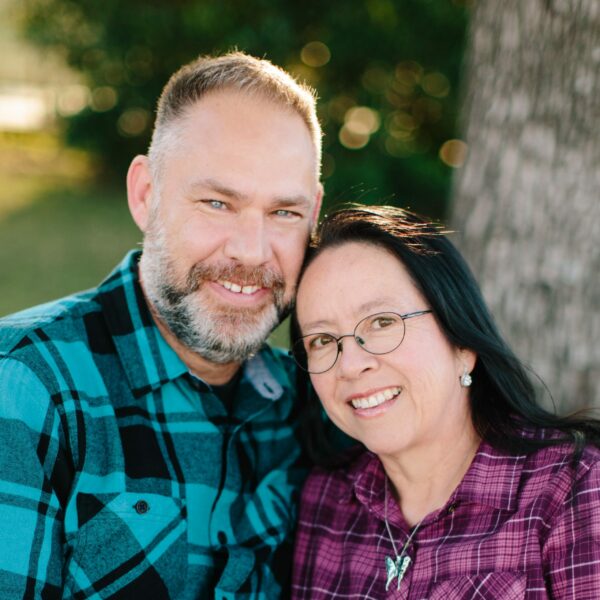 David grew up in Wisconson, while Maribel grew up in Mexico. After God saved David in college, his mother gave him information about serving in missions in Mexico. There he met Maribel who was serving on the Mexican mission team. They met, fell in love, got married and have served Jesus together in their local church, Mexico, Belize, Spain and Central Asia. They always knew that God ment them for the mission field and local outreach.
David and Maribel were raised Catholic and met as Catholic missionaries helping local churches reach outlying villages. After getting married God called them to join a Southern Baptist church, where they continued to do missions in Mexico. After moving, a brother recommended a non-denominational church where the pastor was friends with the brother who made the recommendation. There David was licensed and ordained as a pastor. They continued doing missions in Mexico, Belize and Spain. After many years in that church David and Maribel joined a Southern Baptist church where the two were called into full time missions for three years in Central Asia. After returning to the States for family reasons David and Maribel continued to go on missions trips to Central Asia and to help local Central Asian believers carry out their calling.
Currently, David and Maribel are serving in their local church and have done two short term mission trips to Central Asia. They hope to help Central Asian believers reach their neighbors and countrymen by providing outreach material. They also hope to help another organization develop Russian language resources to help men and women suffering from abuse, trafficking and other trauma. In addition, they are hoping to go to the Middle East to help internally displaced people groups. David is hoping to start a Christian association with his co-workers and work with another JARON ministry “Enter The Lion”. Their goal is to spread the gospel and to equip local believers to do the same in Mexico and Central Asia.

Please pray that we may be completely holy and pure in God’s sight. Pray that our son Daniel would grow closer to the Lord and live out his calling in life. Pray the trip to the Middle East would come to fruition and we would have all the resources needed, that written material already translated into Russian would find its way into the hands of those who need it, and that David would start at the Christian association with his co-workers and for it to flourish.

Support the ongoing work of Dave Powers with a 1-time or ongoing gift.

Mark Dave Powers in the Memo Line
b