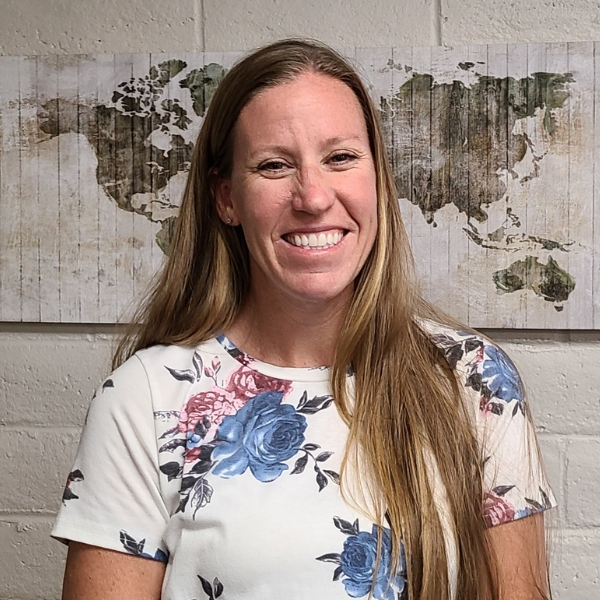 Heather was raised in Fresno, CA. After college, she met her husband, Jacob, while he was serving in the Marine Corps stationed in southern California. They were married in 2003 and have lived and traveled all over the world with their four children. Heather has worked in many ministry volunteer positions over the years, which allowed her the flexibility to stay at home and homeschool their children. Now that Jacob has retired from the Marines and their children are older, she is at a point where she can work a little outside of the home. Heather and her family moved back to Fresno in 2018 and she joined JARON staff in 2020.
Growing up, Heather was raised in a Catholic home until she moved out of the house while in college. After getting married, she and her husband moved to a small town in central Ohio. While there, they met amazing friends and it was during that season that she turned her life over to Christ. Heather and her family had several moves with the military, but God was faithful, planting them in church communities who welcomed and allowed them to serve for the time they were there. Once they moved back to Fresno, they were again searching for a new home church. It was through the Upwards Basketball program that they found Campus Bible Church. They had heard that AWANA was also offered at Campus, which helped the kids want to connect quickly. After hearing one sermon from Pastor Jim Cecy, Heather knew they had found their new home. It was through Campus and the friends they had formed that Heather was approached about a position on staff. She is honored to be working for JARON missionaries while they are the boots on the ground.

Support the ongoing work of Heather Schuhlein with a 1-time or ongoing gift.

Mark Heather Schuhlein in the Memo Line
b