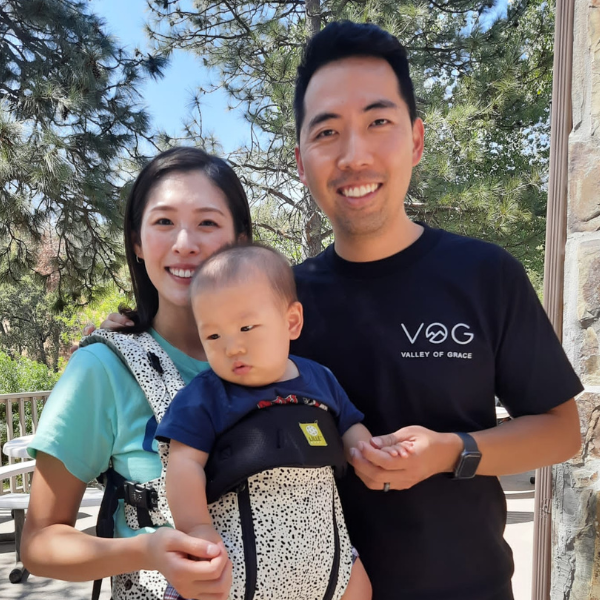 “And no one pours new wine into old wineskins. Otherwise, the new wine will burst the skins; the wine will run out and the wineskins will be ruined. No, new wine must be poured into new wineskins.” ~ Luke 5:37-38

“By faith Abraham, when called to go to a place he would later receive as his inheritance, obeyed and went, even though he did not know where he was going. By faith he made his home in the promised land like a stranger in a foreign country; he lived in tents, as did Isaac and Jacob, who were heirs with him of the same promise. For he was looking forward to the city with foundations, whose architect and builder is God.”
Hebrews 11:8-10

Pastor Jon received his call to ministry during his senior year in college at a campus revival meeting. After working in the financial sector in New York City, Jon left for Kona, Hawaii to be trained in the Discipleship Training School (DTS) with Youth with a Mission (YWAM). During his time with YWAM, Jon served as a missionary in China, DPRK, Taiwan, and Cambodia.

Hearing a call to pastoral ministry, Jon pursued his Mdiv from Fuller Theological Seminary in Pasadena. Jon has been serving the local church in different pastoral roles for the past 8 years, most recently as the lead pastor of Valley of Grace in Fresno, California. Jon has a passion to see Christ followers awakened to the love of Christ and living out their calling to make disciples of all nations.

Jon is married to Karen and they are busy raising their newborn son Micah!

Prayer request:
For discernment and clarity in this new season of ministry, to hunger more after God’s presence, and to love my wife and son with Jesus’ agape love.

Support the ongoing work of Jon Jo with a 1-time or ongoing gift.

Mark Jon Jo in the Memo Line
b