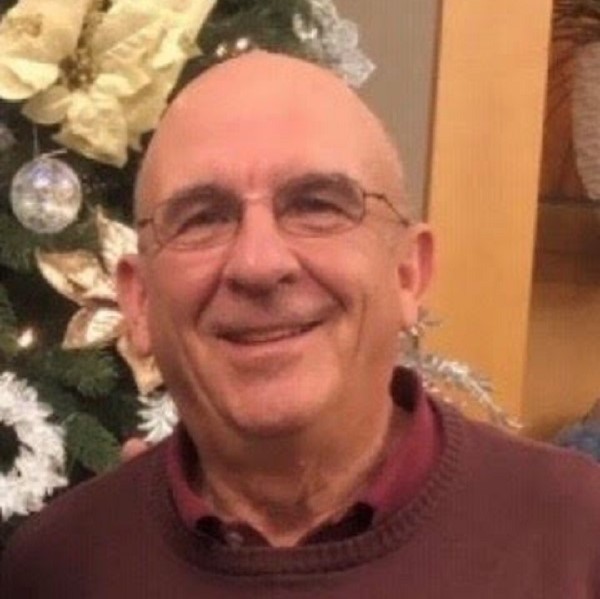 Since 1996, Rick has been serving as a hospital chaplain with Healthcare Chaplains Ministry Association (HCMA). He served for 23 years in the Dallas, TX area and is now serving in the Seattle, WA area. He also has a vision for training people in the churches to provide pastoral care to those who are hospitalized. In addition, Rick has been going overseas for many years to provide biblical and theological training to Christian workers in underserved areas. He has the privilege of going to many countries in Asia, as well as West Africa. This has mostly been under the auspices of ACTS Intl.
Rick was called into the hospital ministry after serving for many years as caregiver to his first wife Polly (until her homegoing in 2003), as well as to his parents in their later years. The Lord also directed him to the overseas teaching ministry in 2008, through contact with his friend and director of ACTS Intl., Dr. Alvin Low. It had been on Rick’s heart for many years to minister to those in more unreached areas of the world.
Having grown up in a minister’s home, and coming to know Christ at an early age, as well as attending a healthy church in the SFO Bay Area, the Lord instilled in Rick a desire to serve Him in some way. After attending Seattle Pacific University and Dallas Theological Seminary, he had the privilege of pastoring a new church plant in the Seattle area (where their children were born!), then teaching at Dallas Seminary. While on faculty at Dallas, his wife Polly was diagnosed with a neurodegenerative illness in 1984. This changed everything in their lives. While caring for her over the next nineteen years, he served with two parachurch ministries (primarily to university students). Finally, in 1996, the Lord directed him to the hospital chaplaincy ministry. Polly went home to be with the Lord in 2003. The Lord enabled Rick to write about how He carried them through those years of her illness in their book: “Our Story . . . His Story.” After nine years alone, the Lord blessed him with his wonderful wife, Li Lin. She is from Taiwan, where she served as a pastor’s secretary for eighteen year. They had briefly met many years ago in Seattle, and reconnected in 2007. They now reside in Seattle, WA.
Currently, Rick serves a hospital part time in the Seattle area, as a volunteer chaplain, and has a vision to have a ministry of encouragement to local pastors, as well as to provide training in pastoral care ministry to people in the churches in the greater Seattle area. He has also recently completed writing two books. One of them on the hospital ministry: “A Chaplain’s Journal: Ministering to People in Pain.” The other is a theological work on the issue of those who have never heard of Christ. This had originally been a doctoral dissertation, which he had to put on the shelf during Polly’s long illness. But the Lord provided an opportunity to complete it during the year they were in “lockdown” due to COVID. Rick also hopes to resume going overseas in the future to provide training to Christian workers in underserved areas of Asia, as he had the privilege of doing in the past.
“Blessed by the God and Father of our Lord Jesus Christ, the Father of mercies and God of all comfort, who comforts us in all our affliction so that we will be able to comfort those who are in any affliction with the comfort with which we ourselves are comforted by God. For just as the sufferings of Christ are ours in abundance, so also our comfort is abundant through Christ.”
~ II Corinthians. 1:3-5

Please pray that God would soon provide a suitable place for us to live in the Seattle area. Also, that God will open doors for ministry to pastors and to churches in our area. Please pray as well that the final editing of the two books will go smoothly, and that God might use them to encourage many others.

Support the ongoing work of Rick Rood with a 1-time or ongoing gift.

Mark Rick Rood in the Memo Line
b